Bilquis Bano Edhi wife of Abdul Sattar Edhi, is a professional nurse and one of the most active philanthropists in Pakistan. She has been nicknamed, The Mother of Pakistan. She was born in 1947 in Karachi. She heads the Bilquis Edhi Foundation, and with her husband received the 1986 Ramon Magsaysay Award for Public Service. Her charity runs many services in Pakistan including a hospital and emergency service in Karachi. Together with her husband their charity has saved over 16,000 unwanted babies.

It is true, as the saying goes: “There is a woman behind every man”. Bilquis Edhi is a woman of substance, for sure; and she has come a long way with Edhi for a cause that is simply great.

Bilquis Bano Edhi, wife of Abdul Sattar Edhi, is a humanitarian, a social worker and one of the most active philanthropists in Pakistan, holds the honor of being awarded the prestigious ‘Hilal-e-Imtiaz’, and with her husband received the ‘1986 Ramon Magsaysay Award for Public Service’. She is also the recipient of the ‘Lenin Peace Prize’. Her charity runs many services in Pakistan including a hospital and emergency service in Karachi.

Bilquis Edhi – the young lass who was not very good at studies, joined the nurses training course at the Edhi Nurses Training Centre when she was in the 8th grade. Later Abdul Sattar Edhi proposed to her and they got married in April 1966. Since then, she has been working with the Edhi Foundation – A Foundation which was started by Abdul Sattar Edhi with the mission to provide aid to Pakistan’s poor and down-trodden has become Pakistan’s major relief organization under the leadership of the husband and wife – team of Abdul Sattar and Bilquis Edhi. Today, in addition to services provided in Pakistan, Edhi foundation is a major resource for assisting victims of disaster internationally.

Abdul Sattar Edhi’s possessions at the time of his marriage were a broken old car and a small dispensary. There was a maternity home on the first floor with 6-7 beds, a small room – 6’ X 6’ on the ground floor which served as an office and a similar room on the first floor. There wasn’t much else but even in those days when the newly wed couple had very limited resources, people used to leave their kids with them and Bilquis Edhi used to look after them.

Bilquis Edhi vividly remembers her first major experience at Edhi Foundation, when during the war; the bombings resulted in a number of brutally mutilated bodies which she had to wash for burial. At times only an arm, leg or head was recovered. She, along with about 60-70 workers including voluntary workers, collected and then washed these bodies.

Her current responsibilities include looking after the ladies section, giving away children for adoption – mostly looking after women-specific and children related sections throughout Pakistan. Her two daughters also work closely with me. She regularly visits Edhi Homes all over Pakistan to monitor their activities and give suggestions and recommendations on how she feels the work should be done. She is also instrumental in making Edhi Homes ‘Centers of Excellence’ – in the true sense of the word.

With regard to child adoption, she makes sure the criteria are fulfilled to approve / disapprove of couples who want to adopt a child. Couples who want to adopt a child are interviewed by Bilquis Edhi. Her criteria for adoption are that even after 10-12 years of marriage the couple is still childless, prospective father’s salary should be reasonable, prospective father should not have alcohol or drug-related problems, prospective mother’s age should be younger than 50 and the couple should own a house. Her foundation doesn’t give children to couples who keep changing their house – keep moving from one place to another. Kids who are physically or mentally disabled are cared for by Edhi Foundation. They have a separate section for them where they clean them, feed them, play with them etc. The kids remain with them for the rest of their lives. Aside from the disabled children, the other children who don’t get adopted do not pose any problem, whatsoever. Edhi Foundation has over 4,000 applications in hand. They don’t have enough kids to give to people. So they are careful in selecting prospective parents. They have a ‘shariat-nama’ in place which they make the parents sign where it is explicitly mentioned that in case of separation between the parents, the Centre will reclaim the child or let the child stay with the mother.

Edhi Foundation keeps expanding by adding new welfare services every now and then Bilquis Edhi sees Pakistan’s future as bright, provided if people feel the pain and work for a better future. When she goes abroad with Edhi, they come back with lots of ideas. The couple dreams of the day when welfare facilities in Pakistan would be comparable to those we find abroad. She feels that this seems to be a distant dream. She said: “We don’t even have clean drinking water here. Load shedding is an ongoing problem. After the recent oil spill [in Karachi] when the oil tanker broke in half, people were saying that our country had gone back 20 years in time. As far as I am concerned in the last 55 years we have not moved forward. We are still where we were 55 years ago.”

Abdul Sattar Edhi and Bilquis Edhi, both think of things for the future. She told us that when Edhi comes up with an idea he writes it down. In 1976, the couple was involved in an accident which took place near a village with no airport or landing strip nearby. Around that time a building collapsed in Karachi – Bismillah Building. At that time Zulfiqar Ali Bhutto was in power. Noticing Edhi’s absence from the scene of the disaster he inquired as to his whereabouts upon which he was told of the situation. Bhutto immediately dispatched a small airplane to pick them up. Edhi was admitted to the Civil Hospital in Karachi where shortly after gaining consciousness; he remarked that he would also like to buy a plane. Bilquis Edhi asked how he will be able to afford a plane as his current situation was such that if he put his hand in the pocket for some loose change, thread used to come out instead. However, Edhi never got disheartened and pulled along with conviction and dedication. By the Grace of Allah, they now have a plane, helicopters everything.

Bilquis Edhi is honored to be the life-partner of a person whose love for humanity is ‘larger than life’. She regards him as a good man – Albeit a little short tempered but good at heart. The couple has still not built their own house yet. Bilquis Edhi fondly remembered her first 4-5 years after marriage when she used to live on the roof. Later, after the birth of her four kids, she moved to her mother’s house. Her mother looked after the kids. On a daily basis she used to shuffle between her house and the Edhi Centre. After the kids grew up and got married, Bilquis Edhi’s mother passed away. The couple spends their days and nights at the Edhi Centre. In their 36-37 years of married life, there may have been at least 36 occasions when they never even came home at night. Even now when their children want to see him, they bring lunch from their home and come and eat with them.

They seldom take time out from their work but they have spent some good time together on the job. In the last 34-35 years there have been many occasions when they had to drop off patients and deceased people to far off villages. After dropping them off, on the way back they used to stop over in villages and rural areas where they have been treated with lassi, chicken in gravy among other delicacies and looked after extremely well by the people of those areas. They also sat on charpoys with their feet in the water – fresh cold water streams abound in these areas. They have had some good times together. On these trips they used to feel like they were extremely rich people with cars of their own. Others who lived in those areas didn’t have any cars so they used to request them to take them along whenever they went on such trips.

Faisal, Kubra, Zeenat and Almas – the Edhis have an educated progeny, bright young people. After Bilquis and Abdul Sattar, they will look after the Edhi Foundation and carry the torch forward.

Bilquis Edhi has spent her life for a noble cause and she continues to do so. She is lucky as a human-being and even luckier as a woman for she got a helping hand in the form of her husband. Abdul Sattar and Bilquis complement each other – in the very true sense of the word. 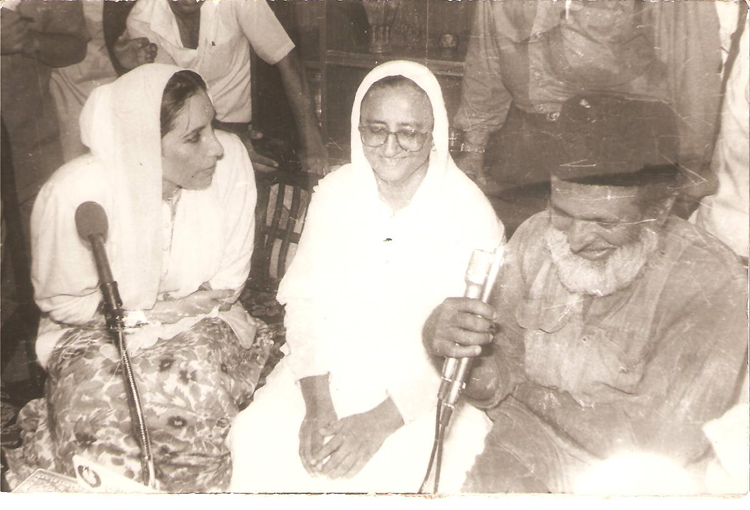 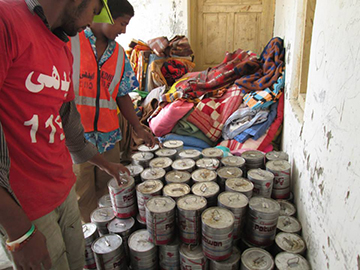 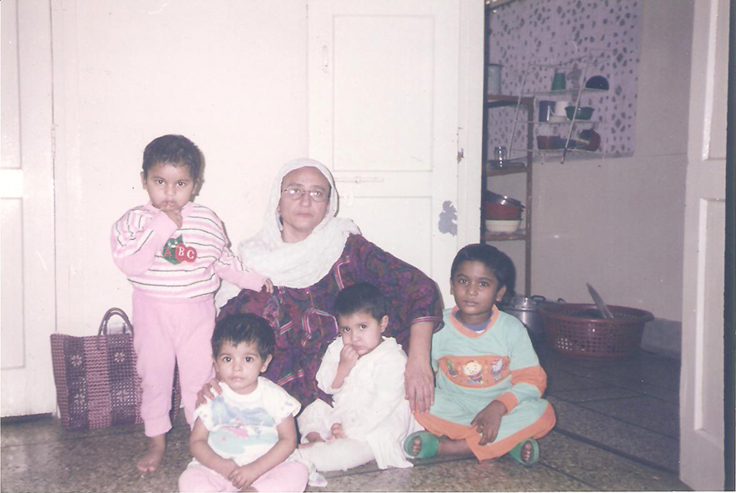 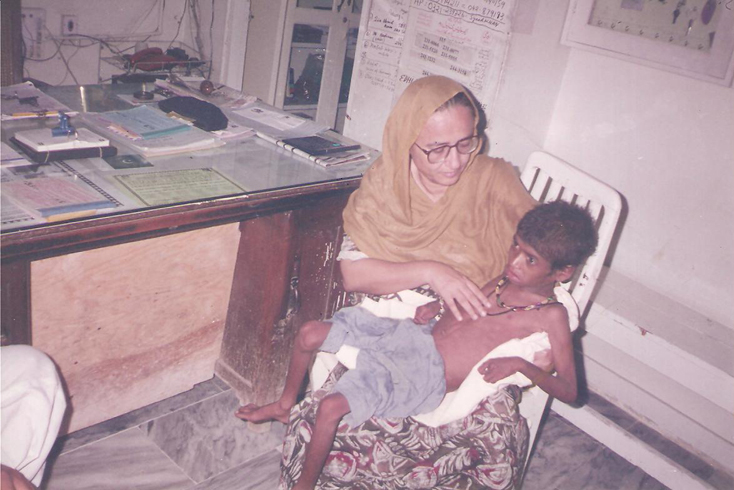 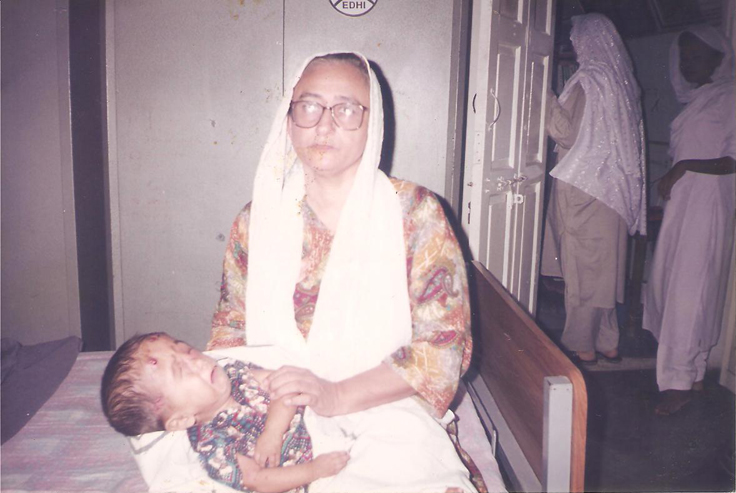 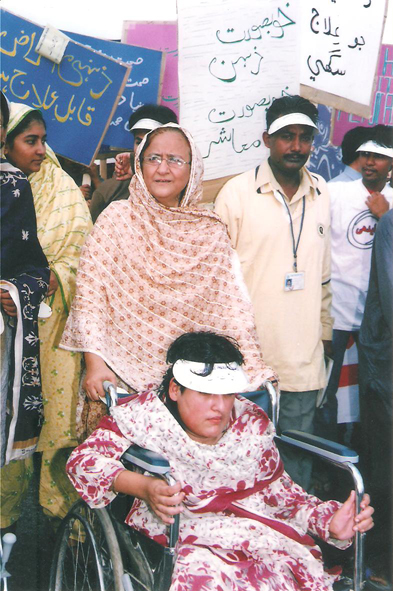 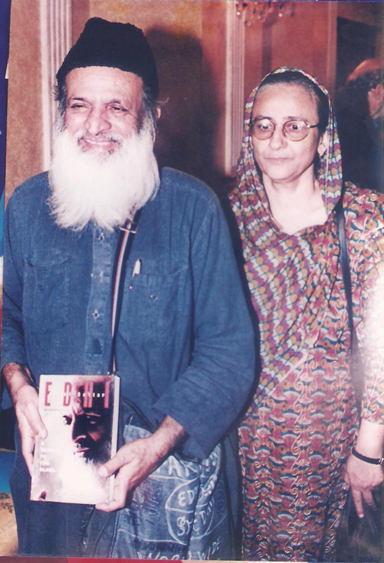 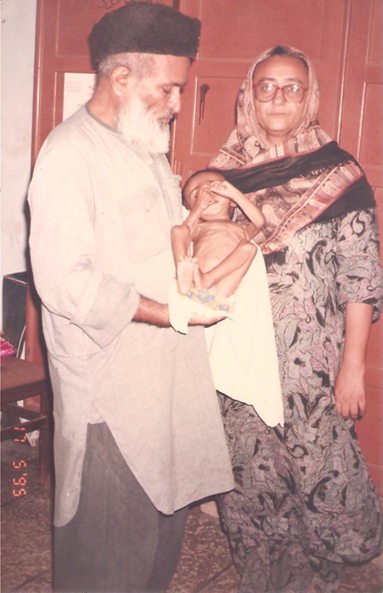